the most dangerous kinds of crashes

While head-on collisions are rarer than most other traffic accidents, they are probably the most dangerous kinds of crashes. A head-on collision happens when two vehicles driving in opposite directions crash into each other. When vehicles are in a head-on collision, both drivers typically sustain an increased force when compared to other accidents. This can lead to catastrophic damages and high risk of severe injury or death.

DID YOU KNOW: Estimates show only 2% of crashes are head-on collisions. However, these kinds of crashes account for well over 10% of fatal accidents.

Due to how deadly these kinds of accidents can be, most lawmakers do all that they can to prevent head-on collisions. Many states implement barriers and other safety features to try and avoid drivers striking oncoming vehicles. Sadly, they do still occur. If you are the victim of a head-on collision, there are a lot of things you need to know to effectively file a claim with the insurance company. We at lowercase want to help you understand the risks, and how to protect your right to compensation.

most common causes of head-on collisions

The majority of head on collisions are due to driver negligence. Failure to stay in the appropriate lane causes a driver to drift into oncoming traffic, thus causing an often devastating crash. One would assume that most drivers would do everything in their power to avoid driving into oncoming traffic. However, certain circumstances do lead to momentary lapses that have tragic consequences for drivers and passengers. Some of the most common causes of head on collisions include:

Inexperienced drivers are frequently unprepared for certain situations. Additionally, they do not understand all the rules of the road. In many cases of head-on collisions, a lack of driving experience can mean a driver does not know how to evade an imminent danger.

Driver distraction is most likely the most common contributing factor to head-on collisions. Especially with texting and driving being such a major issue, more and more accidents are due to drivers not paying attention to the road. Other distractions that cause accidents include paying attention to children or other passengers while driving, or even eating while driving.

The faster a vehicle is traveling, the more damage it will cause in the event of a head-on collision. Excessive speeds on the road can lead to an unsafe manner of operating a motor vehicle. For instance, a speeding driver can easily miss a road sign meant to prevent head-on collisions in hazardous areas.

In addition to speeding, aggressive driving also increases the chances of serious accidents. This includes:

Aggressive driving is often unpredictable, and therefore it is harder for other drivers to take evasive action. This can easily cause a head-on collision.

Drowsy or tired driving is actually a bigger issue than most people realize. In 2017, 795 people lost their lives in drowsy driving crashes. According to the American Sleep Foundation:

Sadly, many head-on collisions are due to drivers actually falling asleep behind the wheel. This is why it’s crucial that anyone traveling long distances stop their vehicles periodically to rest.

Of course, one should never operate a vehicle while under the influence of alcohol or drugs. Driving while intoxicated causes significant impairment to motor functions, reaction time and judgment. A drunk driver can easily lose control of their vehicle, causing them to drift into oncoming traffic. Likewise, a drunk driver may unknowingly drive the wrong way on a road. Tragically, late night head-on collisions involving drunk drivers often end in fatalities.

Severe weather is also a common cause head-on collisions. Specifically, weather that causes issues with roadway visibility can increase the risk of these serious accidents. Usually, in the event of heavy, dense fog or rainfall, drivers slow down due to decreased visibility. However, when drivers do not take heed of inclement weather, they increase their risk of being in an accident.

This kind of reckless and negligent driving can quickly turn into a disaster. When drivers fail to obey traffic signs and signals, they are blatantly putting themselves and everyone else on the road at risk. This includes:

This kind of negligence not only endangers other drivers but also pedestrians. Head on collisions can easily result from not adhering to the proper rules of the road. Drivers who fail to acknowledge signs warning of changes in traffic patterns also cause catastrophic head-on collisions. The same can be said when not heeding warnings in construction areas.

taking the NEXT steps after a head-on collision

A head-on collision can be one of the most frightening and painful experiences for a driver. If you are a survivor of such an often fatal crash, it is likely you may sustain serious injuries. Luckily, lowercase has developed an easy to remember system to help take steps to protect your rights.

First, if possible, move yourself or your vehicle to safety. It is of the utmost importance that you avoid any further harm while waiting for emergency services. Then, follow these NEXT steps: 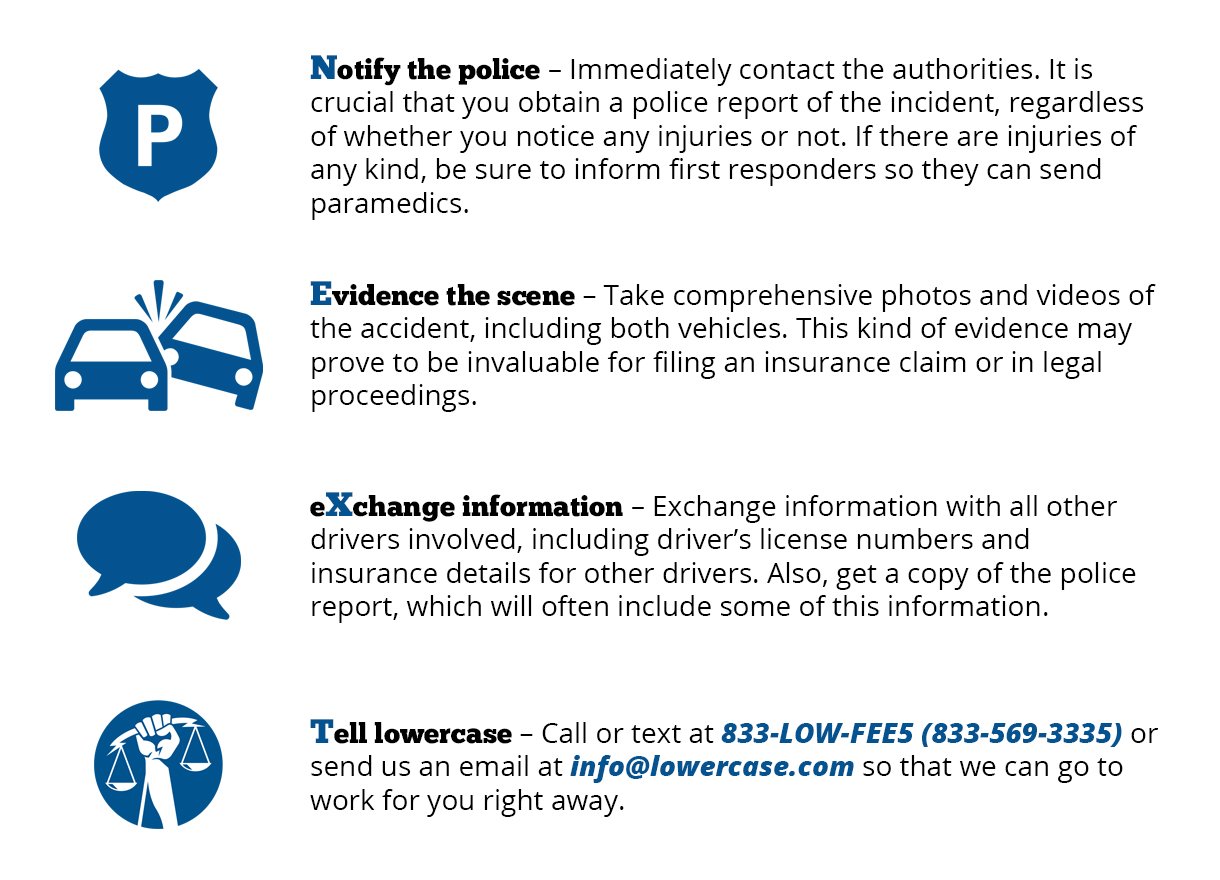 Due to the nature of head-on collisions, many of the injuries relating to these accidents are pretty serious. While you may not notice the physical effects of the accident right away, it is important to seek medical attention following a serious crash. Sometimes, this kind of accident can lead to permanent disability or chronic pain. A few of the more common and severe injuries that arise after a head-on crash include:

Various forms of severe injuries can have long-term implications. In some cases, this can have a dramatic effect on your financial well-being as well. If the other party is at fault, you might be eligible to receive economic and non-economic damages, such as:

In the tragic event that a family member is killed in a head-on collision, you may be able to file a wrongful death lawsuit against the responsible party.

how a lowercase lawyer can help with liability

Very often, the impact of head-on collisions creates a confusing crime scene. Vehicles often end up in positions that make it difficult to prove who was responsible. In some cases, forensic engineers or accident reconstruction specialists are able to utilize evidence at the crash site to determine who was at fault, or at least how each accident takes place. Just one more reason why obtaining a personal injury attorney with experience in head-on collisions is so critical. A lowercase lawyer will collect and document all available evidence to ensure you are able to effectively present your case. Liability isn’t always an easy thing to prove. However, having an experienced attorney can make the process much easier.

In some cases, it may appear both drivers at fault. Here, each driver has the opportunity to bring personal injury claims against the other. However, the right attorney can frequently help to negotiate a settlement with insurance companies. By immediately obtaining a lowercase lawyer, you are gaining representation from compassionate and knowledgeable lawyers who believe in fighting for the victims of head-on collisions. Each member of our team is committed to making sure that you receive justified compensation for your losses. We want to protect you so that you can focus on recovering. 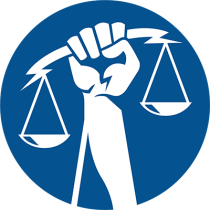